take over the city. plot the end.

transumer was a site specific intervention which encouraged audiences to clandestinely take over their city. armed with a smartphone programmed with augmented reality capability, participants were invited to roam the area, plot the end of their city and create networks revealing strategies for a modern day insurrection.

inspired by an anonymous book written by the invisible committee in 2007, part anti-materialist manifesto and part manual for revolution, titled ‘the coming insurrection’, pvi activated the books’ philosophies by instigating a mass experiment where we could risk everything and no-one got hurt. a tactical media work, transumer aimed to resonate beyond the site to affect participants on a personal and political level, transforming them from passive consumers into would-be revolutionaries. 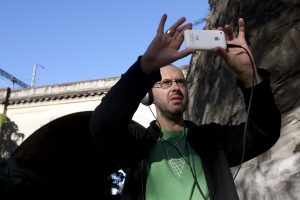 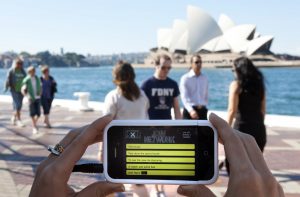 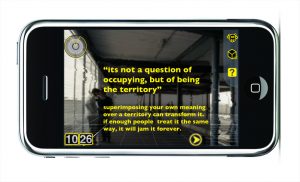 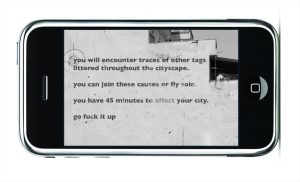 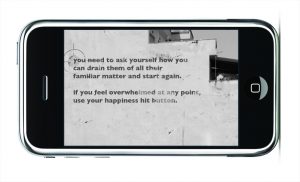 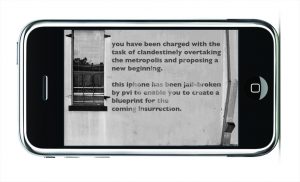 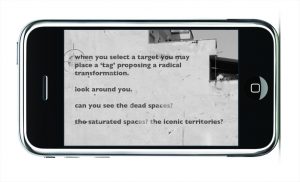 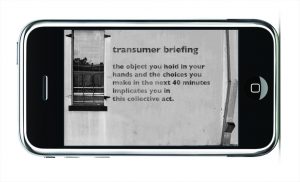 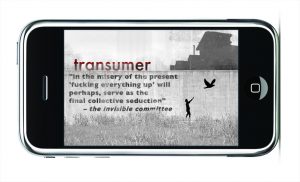 in the misery of the present, ‘fucking everything up’ will perhaps serve as the final collective seduction.

THE INVISIBLE COMMITTEE
‘THE COMING INSURRECTION’
”

5 minute promo research and development for consumer, which has never been fully realised and shown publicly. transumer and related works extend from this period.

interview with pvi about this work.