in singapore during week one, pvi will workshop, devise and collaborate with artists from drama box and ekamatra using the overarching concepts from their blackmarket artwork to explore potential new ideas and territory that responds to the singaporean context.

back in perth, week two will have less workshop focus and allow for both drama box and teater ekamatra to showcase their works as part of a sharing talk and to network and experience the cultural scene in perth, western australia.

this exchange has been made possible with the support of the australia council for the arts and the national arts council of Singapore. 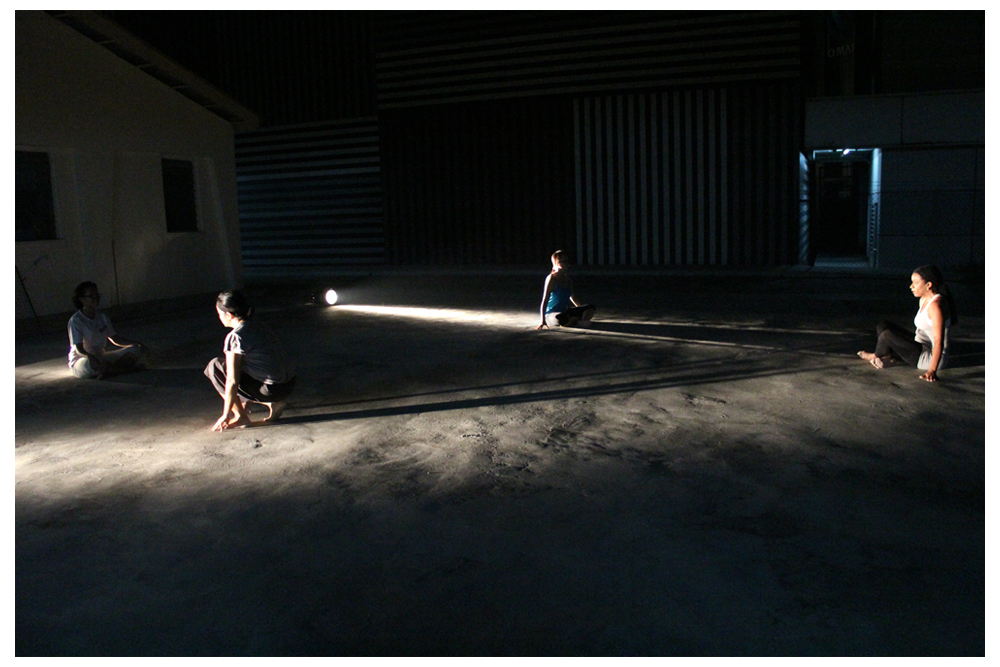 creative lab in singapore with drama box and teater ekamatra

responding to daily themes that tie in with post capitalism and economies of the future, the three companies explore similarities and differences of their respective practices and share processes for making site-responsive, participatory artworks that are situated in public space.

> a broken economy – what does a sharing economy look and feel like in singapore?

what are the key points of difference with singapore’s political and economic infrastructure?

the death of the full time job, the rise of automation, the establishment of e-democracies.

what is valued and what needs to be left behind as the old world falls apart?

> serious play – how can serious conceptual themes be investigated through the mechanics of game play?

as we play, we learn to think and act differently. we become less inhibited and give ourselves permission to misbehave.

what are the stakes for us as artists and for audiences as participants? is it ‘to them’ and ‘at them’ or ‘with them’ and ‘for them’

who really has the agency?

> public space – how do we negotiate the terrain of ‘permission’ in a singaporean context?

does public space mean ‘belonging to the people’?

can we create situations that creatively disrupt mechanisms of power in public space?

if so, to what end and for what reasons?

what happens when we project our imaginations into the future 10 years from now?

Drama Box is a non-profit contemporary theatre company with charity status. Formed in 1990, it has since gained a respectable reputation for presenting works that raise social awareness and inculcate civic responsibility amongst Singaporeans. Our productions are fun and entertaining, yet thought-provoking and reflective.

Drama Box’s mission is to create, present and curate AESTHETICALLY COMPELLING THEATRE with a BROAD SOCIAL REACH, through DEEP AND INTIMATE ENGAGEMENT.

Our works engage dialogically with the people and their socio-political conditions. We want audience to be stimulated by the aesthetic experience, provoked to think about the issues presented, and participate actively in our works as “Spect-Actors” or “Creators”.

Helmed by award-winning director and performer Mohd Fared Jainal, we are living out our vision of being at the heart of theatre, by staging daring multilingual works that address social issues such as encounters across race and religion.

Ekamatra has been commissioned by notable international arts festivals and has also won numerous accolades, especially at Singapore’s highest platform for excellence in theatre, the Straits Times Life! Theatre Awards, where our trophies have included Best Original Script several times.

Guided by our values of diversity, inclusivity, integrity, accountability, and people-centredness, Ekamatra is committed to our mission of creating engaging theatre that inspires, as well as incubating emerging talents, and expanding diversity within the industry.