after premiering at fremantle festival’s 10 nights in port last august, touring to apax in sydney, and packing out a shearing shed in regional nsw for the wired lab’s wired open day festival, eaters comes to the albany entertainment centre this october.

commissioned by the wired lab as part of ‘agri(culture) ii’ project, the initial research for the performance included interviews with farmers working on the frontlines of australia’s drought and was developed to provide insight into the world of agriculture from the perspective of farmers, first nations experts, authors, physicists, conservationists, and eco-activist to question if a change of diet and farming practices can ensure the future of the planet.

the result of this research is a rowdy pub quiz, where sobering facts are delivered in a playful package – players use an easy to operate speed quizzing app to answer questions about food production, agriculture, and farming to win points and prizes along the way.

the aim of the game is for the audience to enjoy themselves while learning some unusual (sometimes shocking) and interesting facts about where food comes from. 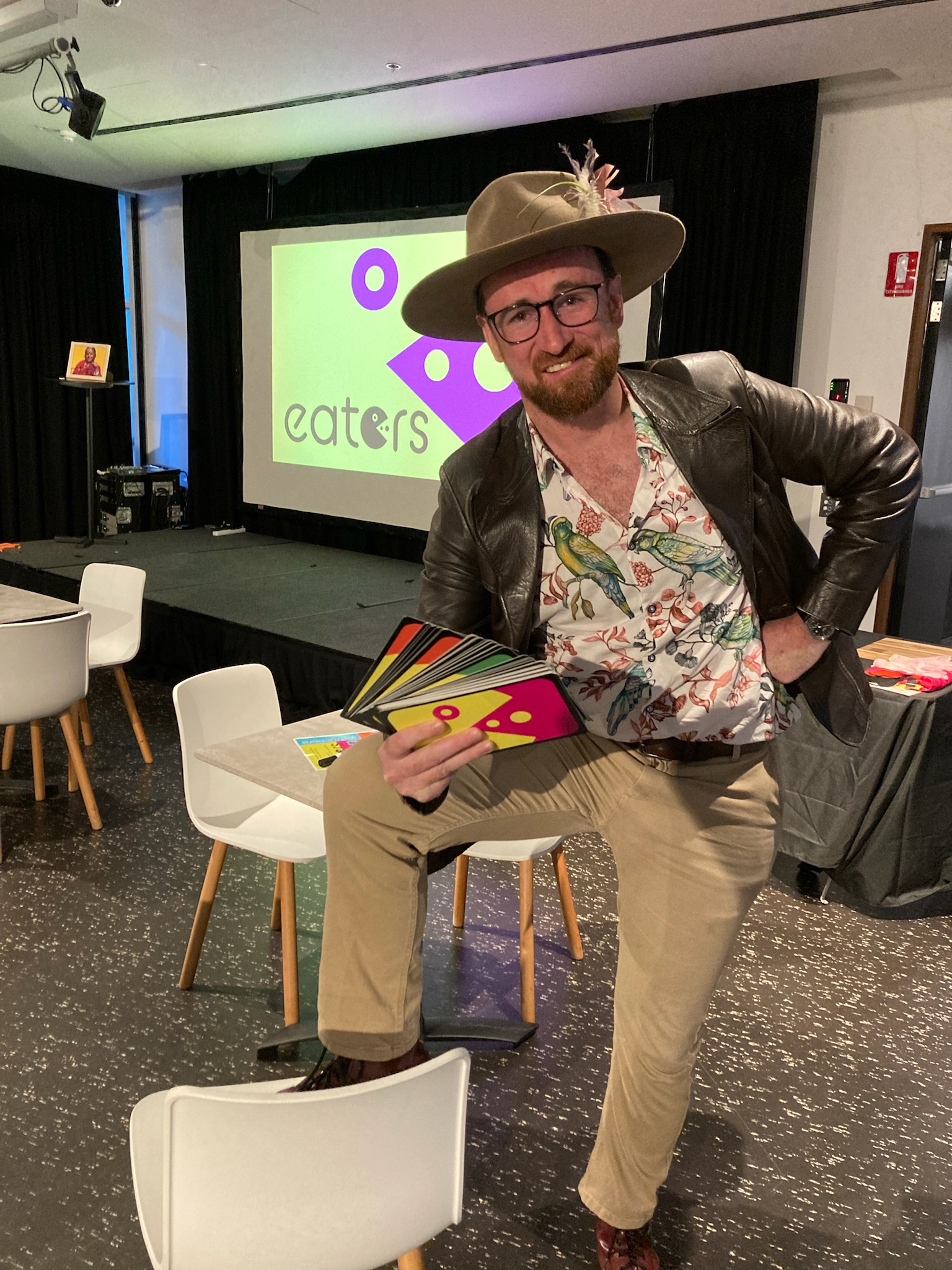