a founding member of pvi collective since its establishment in 1998, chris williams amicably parted ways with us earlier in 2022 to take on a larger role at dadaa and pursue his individual artistic practice.

“i have loved working with pvi, and i am hoping we will work together again. it is a family of sorts, we grew up together and i learnt a lot over those years.”

before he commences his 3 month residency at pica, we managed to get chris to reflect on his time with pvi, his personal artistic philosophy, and tell us what’s next for him.

Tell us your origin story. How did you become an artist, and when did you get first become involved with pvi collective?

I studied English, Philosophy, Performance and later Visual Arts. While working in the arts for years I didn’t identify as an artist for a long time, I think that only came later when I felt like I was conceiving and making things that I felt confident in.  Was definitely a journey.  I started working in physical theatre toward the end of my time at university…then linked up with Kelli and Steve not long after their arrival in WA when they were looking for performers.

Have you always wanted to be an artist and work in the arts? Or was there something else you wanted to be when “you grew up?”

I didn’t have a particular career vision, it instead came from me following the things that got me excited, gave me pleasure or intrigued me.  I like thinking, conceptulising and making things so the arts in all its forms has always been something I tuned into. I do think if I hadn’t become a father at a fairly young age I may have taken a slightly different path.

What are some of the most memorable projects you’ve been a part of while at pvi?

Oh so many memories! There are the things which are memorable because of the nature of the work (street based, agitational, cheeky):

In terms of artworks I really enjoyed the creative development (and the team) bringing together all the layers that made up the first iteration of Blackmarket – Kings Cross.

Of all pvi collective’s works throughout the years, what has been your singular favourite?

As above, blackmarket. We had a bigger than usual team on the creative development and I really enjoyed the bouncing around of ideas, the go away and discover, come back and share format that we all worked to.  I think it made it a diverse, complex and layered work that had depth, playfulness and darkness. 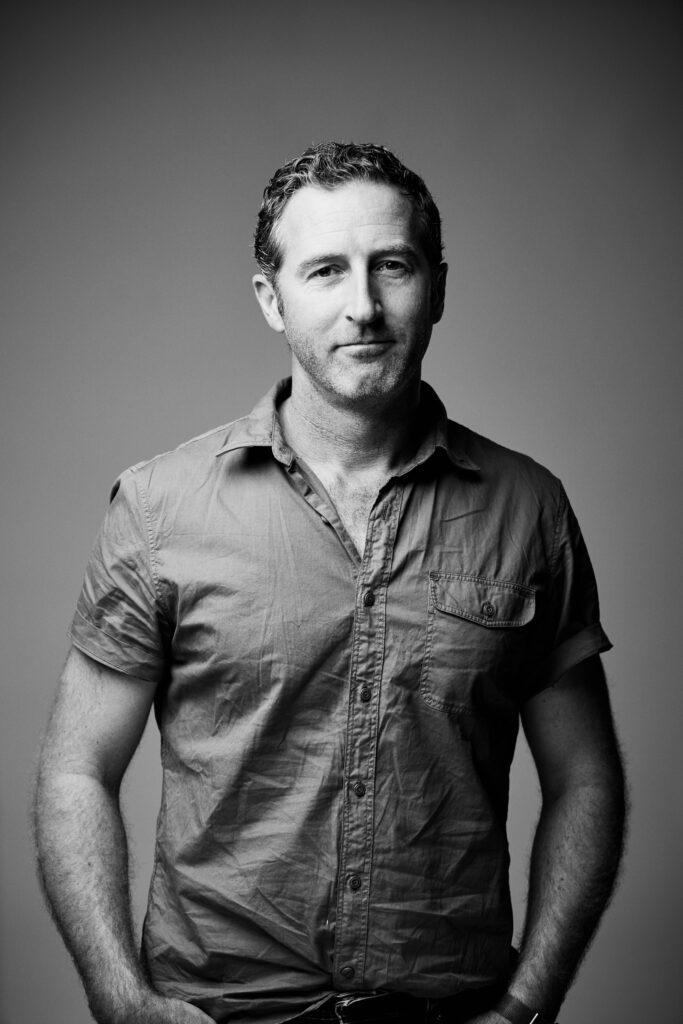 During your time with pvi, was there anything you encountered during the creation or performance of a work that significantly altered your world view or changed your personal philosophy?

During the research phase of projects you can come across things that you may not otherwise engage with or not dive as deeply into.  Tiny revolutions research into the greatest threats facing the world did alter my thinking, motivated me, fired me up and is now just a part of my own politic.

I think the works that took place in public space changed how I view and move through the streets.  I am not scared of interrupting the rules of public space, I see and want to break the social codes and rules of how we are expected to inhabit and ‘behave’ in our cities/ towns/ suburbs.  I see these spaces differently, feel like I can/ could be a rebel in these spaces.

pvi collective has a reputation for creating provocative, mischievous works, many of which you’ve played an integral role in. What, in your opinion, has been the most daring action undertaken by you and the team?

I think when we first started we could get away with more: less legal implications (or less awareness/care), we weren’t as connected to arts funding bodies and the need to be ‘responsible’…..we were a bit more Guerilla.  As the company grew we had to get clever and understand the bounds of law better, which has been really interesting but slightly curbing of creativity activity at times….at other times the obstruction has initiated a more creative response.

While not the overall strongest work, conceptually inform was great and daring.  Getting people to jump into their cars, tune in via their radio and forming a motorcade that drove out of the central “safe” zone of the city to instead follow pvi to the outer suburban streets and tune in while we knocked on the doors and entered the houses of everyday people.

What would you say would be your worst experience while at pvi collective?

Nearly arrested many times…but that’s not tough, I kinda enjoy it.  There have been numerous times where I have had to stretch my own comfort zones, do things I wouldn’t ordinarily do, but in doing them there is a satisfaction/ release/ self empowerment.  I think the lowlights are quite simply when things don’t go quite to plan.  Whether that is not being happy with your performance, some part of the work not going to plan or cancelling a show for some reason or another.  Tough times for me are the moments where it hits my heart, not the times when I have been scared.  Scared can be defeated.

What’s next for you at DADAA and your personal artistic works?

I am stepping into a 3 month residency (Dec – March) at PICA, working toward a showing of a work I have put on hold over the last few years.  The project, AYFAT (All Yours For A Time) and is a personalised performance service where the exchanges will be documented (video and sound) and reviewed in a performatively layered presentation in front of a live audience. I am looking forward to have designated time for this, to try out, experiment, show.

With DADAA I have a number of regional works coming out over the next three years, mostly in the tiny town of Mullewa, plus a few fringe suburb works.  These projects all engage GP, communities and marginalised people. They are all playful, have a digital and participatory arc. 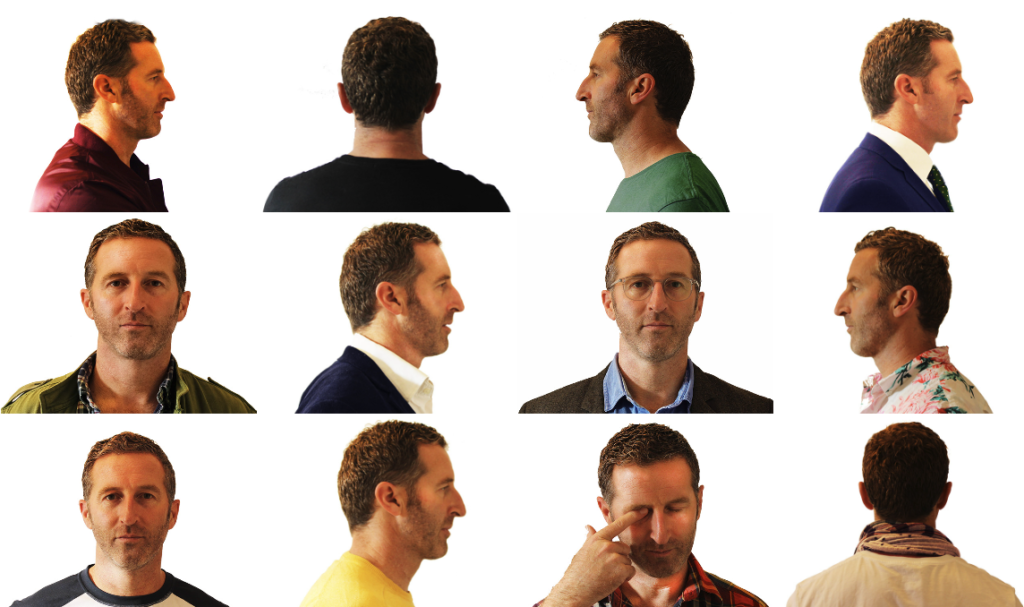 Can you tell us a bit about your personal work as an artist?

I think I so often work with others I find it hard to claim “my personal artistic works”, possibly to my own detriment.  My more solo works began with small and quick interventions which I could do responsively when I was travelling for other projects.  I then did some labs, residencies and projects such as IAS’s Know Thy Neighbour as ways to carve out more time and make bigger works.  To do these I often had to use my annual or holiday leave, never having enough time in the day between pvi and DADAA to fully engage and pursue.

I would say I start with an idea or concept and the medium follows from there: media players, spray chalk, balloons, weeds, animated text.  I am big on setting myself challenges, task based activity, imposing difficulties and things for myself to overcome.  I also enjoy labour and taking on things which require something from me physically.

what thoughts would you like to share about the work pvi does and your involvement with them?

I have loved working with pvi, and I am hoping we will work together again. it is a family of sorts, we grew up together and I learnt a lot over those years. It has been very formative and I think it informs many of the ways in which I work now.  I have a huge respect and affection for the team, and that’s not to say there haven’t been arguments, disagreements and differences of opinion, but these all made for a richness of debate, and are there because everyone has a passion for the ideas and the works themselves.

It is way too hard to give just a few small words or thoughts on the work of pvi.  I will however say that what I have always liked is the blend of playfulness, sharp ideas, and sharp humour are used to unravel ideas and issues in the unlikeliest of ways.  That an idea or agenda can be subtly wrapped or completely camouflaged to make it past even the most closed of minds.

you can catch up with chris during his pica residency – https://pica.org.au/resident-artists/

participate in ayfat (all yours for a time) or view the website here – https://ayfat.site/