pvi collective is thrilled to be part of an international residency exchange with singaporean arts organisations drama box and teater ekamatra.

as part of this exchange, the two singaporean companies have generously agreed to hold a joint artist talk about their practice and projects.

join us for a free talk and meet and greet!

5:30pm – meet and greet with the artists 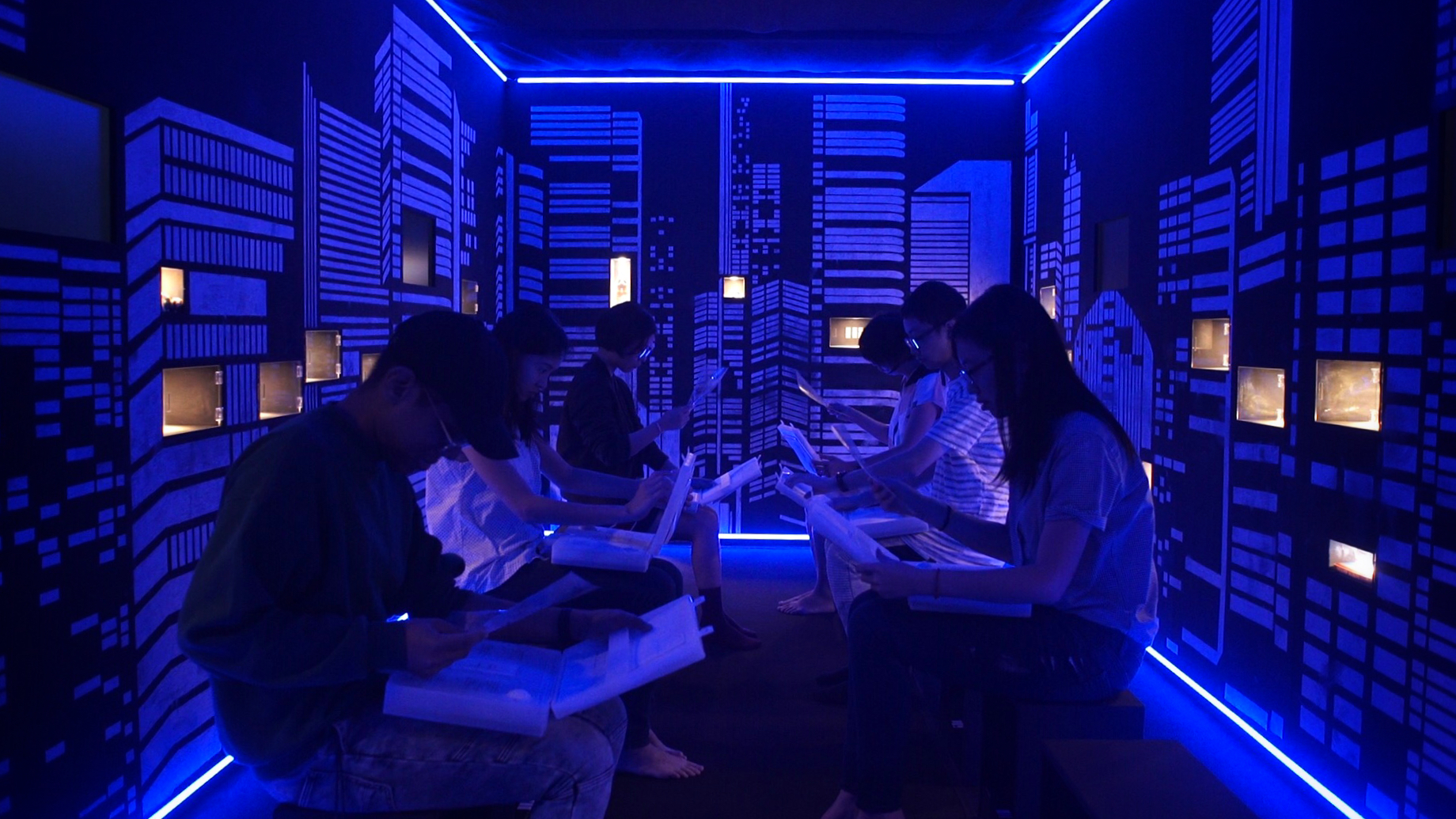 From the company that developed GoLi – Singapore’s first inflatable moving theatre, Hui Ling & Xuemei will be sharing about Drama Box’s socially engaged theatre in Singapore context. They will speak about the evolution of the company’s works for the past 28 years illustrated through 3 projects: Lesson, IgnorLAND and MISSING.

missing: a 4-hour participatory experience that sets up a personal and intimate journey for the audience to re-encounter a lost connection in their lives.

the lesson: the city has plans to develop a housing estate. However, there is little space left and therefore an existing facility in the area must be demolished. the audience decides What will stay, and what will go.

ignorland: this community arts project excavates shared memories of a place, and brings unknown or forgotten stories to the people.

teater ekamatra is a strong advocate of collaborative processes—with a focus on diversity and inclusivity. We constantly work with a myriad of collaborators, in the arts and beyond, to continue creating engaging art that inspires.

Collaboration is exhausting work—we are breathless from labouring, struggling, communicating with one another. But in the cracks of failures, we perceive new openings as we exhaust the limits of our selves, and find other modalities of orientations in the collaboration. In this conversation, ila compiles a manual for surviving the logistical dysfunctions that are embedded in the infrastructures of collaboration. bani suspends the temporal parameters of collaboration—time is always never enough—to propose a way of working together that resembles a modular synthesis. Shawn distends the enclosures of individual events to explore how multiple manifestations of a work might participate in the same universe, through the imaginary of a theme park. In tracing these strands, we hope to exasperate the assumed modes of production and the narrow logics of ‘success’ to find other orientations in collaborative experiments, and other ways of conspiring, of breathing together.

Xuemei is an arts practitioner who is curious about the possibilities of participation in artistic processes. She is keen on creating conditions and frameworks within which people exercise agency and make choices that deliberately intervene in their lives and disrupt their routines. Currently a resident artist with Drama Box, her most recent exploration MISSING: The City of Lost Things (2018) is a 4-hour introspective experience that invited the audience to participate in a journey to re-encounter lost connections.

Known for her site specific works in Singapore, Hui Ling has been working in the area of community & socially engaged theatre for the past 10 years. She has always been intrigued by the relationship between space (environment, architecture) & people. She is excited by the works of PVI, and projects that it would be a meaningful exchange between the 2 countries and cities in furthering the development of such works.

As an artist, composer and musician, Bani considers music (making / processes) as a metaphor for cybernetics and his projects revolve around modes of interfacing and interaction in feedback / feedforward mechanisms.

He challenges labels and traditional notions people have of music. With sound and music as his primary tools, the work of this multidisciplinary artist and 2013 Young Artist Award recipient also spans installation and poetry. In 2015, Bani was named one of the finalists for this year’s President’s Young Talents, an award which recognises young artists whose practices break new ground in contemporary art.

With a background in cultural anthropology and performance research, Shawn’s works all come from the same well-spring: asking questions about art and audiences. His expertise is vital to the overall framework of the collaboration, in understanding the conditions needed to present participatory artworks, as well as an effective exchange in research and practices with fellow artists in Singapore and Australia – particularly in the field of socially engaging performances & public art.

Ila is a visual performance artist in practice and works primarily with overhead projectors and analogue elements to create organic narratives within performative structures. She has been collaborating and incorporating sound and movement extensively into her work. She breaks spatial boundaries through explorations with shadows and light; consciously creating imagined environments with the visual language that she is constantly constructing from these collaborations.

Ila is extensively researching on lost languages, such as Jawi, on the lion island of Singapore which stems from her inability to express herself fluently due to the result of the whitewashing of histories, societal censorship and the governance system based on fear-mongering. Her works are personal explorations based on mistranslations, miscommunications and the discovery of her own self-expression.

drama box is a non-profit contemporary theatre company with charity status. formed in 1990, it has since gained a respectable reputation for presenting works that raise social awareness and inculcate civic responsibility amongst singaporeans. our productions are fun and entertaining, yet thought-provoking and reflective.

drama box’s mission is to create, present and curate aesthetically compelling theatre with a broad social reach, through deep and intimate engagement.

our works engage dialogically with the people and their socio-political conditions. we want audience to be stimulated by the aesthetic experience, provoked to think about the issues presented, and participate actively in our works as “spect-actors” or “creators”.

helmed by award-winning director and performer mohd fared jainal, we are living out our vision of being at the heart of theatre, by staging daring multilingual works that address social issues such as encounters across race and religion.

ekamatra has been commissioned by notable international arts festivals and has also won numerous accolades, especially at singapore’s highest platform for excellence in theatre, the straits times life! theatre awards, where our trophies have included best original script several times.

guided by our values of diversity, inclusivity, integrity, accountability, and people-centredness, ekamatra is committed to our mission of creating engaging theatre that inspires, as well as incubating emerging talents, and expanding diversity within the industry.

this exchange has been made possible with the support of the australia council for the arts and the national arts council of Singapore.